We live in an interesting time. One where travel is more accessible than ever.  It used to take days just to get from one village to the next.

To go from Europe to America, it used to take 65 days plus.

Traveling out to Oregon took another 4-6 months along the Oregon Trail.

To go from Shanghai to Beijing once took 33 hours by train. Now it takes 5.

My view from the Shanghai-Beijing train, the fastest train in the world.

The world is more accessible than ever. Because of technological advances in aircrafts, rail, and… don’t forget, the internet.

With being able to scan for the cheapest flight, renting out somebody’s house, or just crashing on their sofa ….. travel is very accessible these days.

And more and more interesting opportunities keep popping up at the intersection of travel and technology.

The latest of this being a new website, GrandtourGO  – which allows locals in any country to act as social media entrepreneurs in their own right by offering tours and activities to travelers, and it allows travelers to get away from the guidebooks and actually learn from locals first-hand through inexpensive tour options.

I had a chance to catch up with Miquel, one of the founders of GrandtourGO, the other day and he was able to fill me in a bit more on the business and where they plan to take it.

GrandtourGO takes its name from “The Grand Tour”  – which was a trip that young European upper class men would take in the 17th century. They would travel around the European continent and immerse themselves in other cultures, developing social, intellectual, and artistic skills in the process. It served as an “educational rite of passage”

The Grand Tour was initially started by, and undertake by wealthy Englishmen in the mid 1600s, who would travel around the European continent, experiencing other cultures and languages, but by the early 1800s, the advent of the steam-engine made the trip much cheaper and safer – and opened the doors for many outside of the aristocrat classes to partake on it.

The tour was so popular it began to catch on with Americans and other Europeans as well. Some believe The Grand Tour is where the “tourism” first originated. 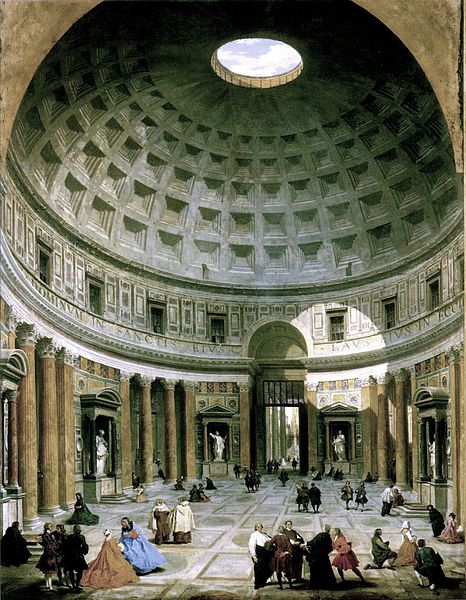 Miquel and his team hope to build on this tradition with their GrandtourGO, by allowing anybody to travel and learn from locals. “We wanted to get back to this. To original tourism, far away from mass tourism.” A chance for people to see things through a local’s point-of-view.

The Team and What Else Inspired Them?

Miquel and his other co-founders, 4 in total, share responsibilities for the venture. “One is coding, one is handling social media, one is like a product manager, and the other is handling finance.”  They have all traveled around extensively themselves and they realize that locals really help to personalize any trip. “We always thought that meeting local people is the best”

They felt that just visiting a place is not a lasting enough impression – you don’t really experience a new culture from a plane ticket and hotel room. You experience it through meeting the people.

So, they set out to create that experience.

The site launched in April. And already offer tours in more than 45 countries. “In only 3 months. We are quite happy. It’s growing at a good pace.”

They plan to continue growing rom there and would like to offer more travel features in the future.

“It’s not all about booking the activities. We want to promote free communication between travelers and locals.”

It’s collaborative consumption. A marketplace that builds and grows upon itself. Locals in virtually any city in the World can start their own side-business or even full-fledged business by offering a variety of experiences from classes to tours to interested travelers.

Locals anywhere can use this as a means to set up a new side business, or even possibly a full-fledged business. “We believe it could be a really good thing for people – especially in developing countries. It can allow people to be micro-entrepreneurs. That’s the idea. That’s the goal – to help to promote micro-entrepreneurs worldwide.”

Here are some of the current offerings, as described in the latest press release, just a sample of what is possible:
•    a Baroque music tour with original instruments in a 17th-century Borromini’s church,
•    an archeology tour with a passionate archeologist or a Vespa tour in Rome,
•    a sea turtle camp,
•    a volunTourism week camp or a safari just for girls in Mexico,
•    a cooking master class with a renowned chef in New York,
•    an antique shopping and wine tour in the exclusive Bordeaux,
•    discover an amazing skyscraper inspired in the Masonry and in the Divine Comedy of Dante Alighieri in Buenos Aires,
•    a meal with a local Senegalese family,
•    a tour with a professional photographer at the cosmopolitan Paris’ Marais,
•    a street art workshop in Berlin,
•    an underground Mediterranean diner,
•    a kids interactive tour or a balloon tour over Barcelona,
•    a Favela or Bossa Nova tour in Rio de Janeiro,
•    an international camel derby or giraffe feeding experience in Kenya,
•    a summer cruise in idyllic Santorini,
•    a whale watching activity in Reykjavik,
•    a mountain bike tour in Machu Pichu,
•    an alternative tour of Lisbon in a classic Beetle,
•    a floating market and elephant tour in Bangkok,
•    an East Docklands architecture tour in Amsterdam
•    a Presidio exploration hike in San Francisco
•    and much more to come.

At the end of our conversation, Miquel also pointed out.. “In Tokyo, we have a guy offering a Ninja training tour.”  Hmm…. I might have to check that out.

Check out GrandtourGO.com  to learn more about their business, and/or explore travel plans and options for your next trip.