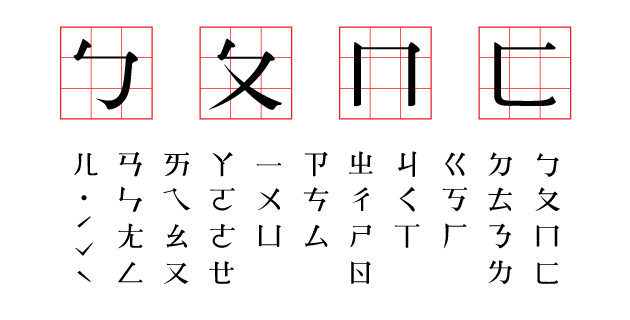 In Japanese, Getting Started is Easy

Or least knowing where to start is easy. When learning Japanese, you should start off learning hiragana and katakana – the Japanese phonetic scripts. They’ll get you started in the language and get you away from romanization quickly.

I must say, I’m not a big fan of romanization attempts in Asian languages.

romanization is the representation of a written word or spoken speech with the Roman (Latin) script or a system for doing so, where the original word or language uses a different writing system (or none). – Wikipedia

Not a fan may not even be the best way to say it. I grossly dislike romanization. At most its inconsistent, and I think it muddies the language you are trying to learn because it imposes English inconstancies and difficulties onto the new language when they shouldn’t be there at all. No – other languages are much more consistent with their sounds – English is a hack job. (more on this in about 2 paragraphs)

So, one of my first goals when learning Japanese was to learn the phonetic scripts first. That way I would never ever have to use Romaji (romanization of Japanese characters).

Learning a new phonetic script is not as hard as it sounds. You learn which characters represent which sounds. Think of it like learning a new alphabet.

You already know the English alphabet (basically the Roman alphabet), but as mentioned above, the sounds aren’t consistent in English. English has 26 letters in the alphabet, but way more than 26 actual sounds (every vowel has at least 2 sounds: think the ‘a’ in apple vs. the ‘a’ in ate, the ‘i’ in did vs. the ‘i’ in like, some consonants have more than one sound as well: sometimes ‘c’ sound like ‘k’, sometimes it sounds like ‘s’, there’s other sounds not accounted for in the alphabet at all like: ‘ch’, ‘sh’, ‘tion’… et cetera.) I can’t imagine how frustrating it must be to learn English as a second language. All those of you are learning English or have learned it: I applaud you.

The inconsistencies in the English sounds drive me up the wall when you try to romanize languages that actually have consistent sounds. I think this makes things more confusing. Yes, the argument for romanization is that you already know the Roman alphabet and it allows you to read and therefore use the new language from day 1. But, I think that’s the lazy man’s way and you’ll just run into more problems down the road. It’s best to learn to read a new phonetic script and get away from English biases as soon as possible. You don’t want them seeping into your new language.

For Japanese this is easy: it has a phonetic script, hiragana, which is the base of all Japanese words. You can write any Japanese word in hiragana if you wanted to. Cool. I like that. From day 1 you’re away from English and away from the monstrosities of romanization.

Ditto for Korean… Hangol is phonetic. (I don’t know any Korean at all, but learning Japanese has made me interested in Korean. It’s on my radar as a possible future target language to be acquired soon. Why? Because the grammar is similar to Japanese and like Japanese it has its own unique phonetic script. Albeit, Korean has a lot more sounds than Japanese does.)

But, what about Chinese?

It’s not phonetic at all. No, Chinese characters are all logograms.

A logogram is a grapheme which represents a word or a morpheme (the smallest meaningful unit of language).

Not a phonetic alphabet.

Hmm…. so what are our options here?

Well, for most learners, its back to romanization. The most common romanization for Chinese being pinyin. Very common, very widely used. I don’t like it. What else is there?

Tim Ferriss actually recommends going with Gwoyeu Romatzyh on his blog, saying: “If you go after Mandarin, choose the somewhat uncommon [Gwoyeu Romatzyh] over pinyin romanization if at all possible. It’s harder to learn at first, but I’ve never met a pinyin learner with tones even half as accurate as a decent GR user.”

GR is just so rare and so hated by most Chinese language learners that its just a pain to deal with. Plus, it’s also painfully harder to learn.

Ahh, I guess pinyin is the best bet, despite my hate of romanization. If only Chinese had a phonetic script like Japanese does….  If only

Taiwan to the Rescue

And then a miracle happened. Well, not really a miracle, but I learned something new.

The other day I was chatting with a few Taiwanese and expats here in Taiwan and I learned about bopomofo. Also called Zhuyin fuhao.

Bopomofo is.. exactly what I was looking for. It’s a phonetic script for Chinese, developed around 1910, that all Taiwanese children learn in order to learn Mandarin sounds. Every Chinese character, or logogram, can be built phonetically using bopomofo. The Taiwanese actually use bopomofo to as their main input to type and text with. It’s apparently a lot faster than typing and texting using pinyin (less input involved).

Best of all? There’s only 37 characters! That’s less than Japanese! (Hiragana has 47).

“Only 37 characters? That sounds simple, I could probably learn that in less than 2 hours” – me and my big mouth.

“2 hours? No way!” – My Taipei friends. “Maybe a couple of days or something. We know you know how to learn stuff fast, but not that fast.”

And the challenge was started.

The next day, I sat in a coffee shop for a couple of hours and knocked it out.

How I Did It: Materials & Method

Genius? Not at all. All method.

First off, I knew I needed proper material and I had an inkling for what kind of material I needed.

I started with Wikipedia – the Wikipedia page for Bopomofo has stroke order. Great. Now I can learn how to write it quickly.

Ok. With learning how to write covered, I still have 3 more skills to focus on: recognition, speech, and listening.

Speech and listening you only need two things – audio (listening) and the balls to say everything out loud (speaking). Even if this means you’re in a coffee shop alone and you look like a crazy person talking to yourself. It’s okay, I’ll be that guy today. I found the audio here.

Next, and maybe most importantly: reading and recognition. For that I need two things – a context to digest the new information quickly (see: my post on Acing Accounting courses) and repetition to keep it fresh and beat it into my memory. I have favorites for each:

For context in a new language  I prefer mnemonics – for this I used Memrise, because it gives me a chance to basically outsource/crowdsource actually building the mnemonics thus saving me time. Memrise Bopomofo here.

For repetition, nothing beats Anki. I found some bopomofo Anki decks, but I didn’t find any with audio. All the ones I found went from pinyin to bopomofo. That completely misses the point. The whole point in learning bopomofo is I don’t want to learn pinyin. So, I had to create my own bopomofo Anki deck. (Feel free to download it here.)

Now that I have all of the material I need, it’s time to get cracking.

I start off with an internet browser open with 3 tabs: one for Memrise, one for the audio, and one with the Wikipedia stroke order. Oh, and most importantly, a cup of strong coffee (I prefer an Americano, black no sugar.)

Start from the top. Which each character I repeated this exact process.

Repeat these 6 steps, 37 times = one for each character. It’s systematic yes, but it works.

A quick note about mnemonics: when you’re trying to create memories the easiest to remember are those that are either disgusting or sexual. (Either this is the case for everybody or I just have a sick mind.)

This character is pronounced “luh”. I’ll never forget it.

Getting through all 37 characters in this fashion takes me a little over an hour.

After going through that process – it’s time for a break. I leave the coffee shop and go do some other things and come back to the studying process later. Gotta let the new information settle in.

A few hours later and now that the longest part of the process (creating mnemonics) is out of the way its smooth sailing from here. This also means I’m done with Memrise. It’s all Anki, handwriting, and vocal production from here on out. (I find Memrise’s typing requirement both painful and useless – handwriting is way better for memory and I’ve already incorporated that into my process. I also like Anki’s use of Spaced Repetition better than I like Memrise’s.)

So, Anki deck loaded, it’s basically the process above, minus the mnemonic part.

The “building by repetition” process:

After getting through all 37 characters this time I have a solid base and am already starting to feel like I “know” them. And, I’ve impressed myself by being able to write the characters on paper from just hearing the sounds – an added test I put in at the last minute. Initially, I was only going for recognition, but I figure its a better base to build both recognition and production skills. The Anki review took less than an hour.

Approximately 2 hours of work and I’ve learned bopomofo. I take another break and catch up with my Taipei friends and watch a movie. After the movie, I have them quiz me in various ways. Of course, they try to make things difficult, and its not perfection (and they give me a hard time for the mistakes), but I’m satisfied. The knowledge base is there and I can now read and write bopomofo.

I can now move onto to learning Chinese characters without ever having to deal with pinyin or other annoying romanization attempts again. And that was the whole goal.