I never understood why people wanted to live in New York. Especially when Houston and Austin are so much cheaper.

I never understood why people would leave Houston and Austin to go live in a box the size of a closet in New York.

It just seemed backwards to me.

Until I lived in Tokyo.

Tokyo is expensive as fuck. Kind of like of New York. You live in a tiny box that is way overpriced.

But it is so damn interesting.

Tokyo has 23 different wards. Each of them different from the next.

It’s more diverse than you think. Everybody always said the Japanese are shy, very polite and respectful. Most of the Japanese I met, even in Tokyo, were from Osaka. They weren’t so shy.

I was at an Izakaya (Japanese bar) with one of my friends once, and he was commanding the waitress to pour more sake into my glass: “Moto! moto!”  He would press the button to call the waiter before even looking at the menu and then make him wait on us when he showed up. My girlfriend who was with us, said to him, “you are not Japanese. Japanese don’t act like this.”

But, he wasn’t the only one.

My first 3 months in Japan, I met with 4 different language exchange buddies on a regular basis. To practice my Japanese. 3 of them were from Osaka. One of them was from Tokyo.

The one from Tokyo would hammer me on my writing saying “you can’t learn Japanese without learning how to write to hiragana and katakana.” And, later Kanji. We would meet in coffee shops and he’d make me write Japanese the whole time.

The 3 Osakajin, much different. After they met me once, their notion of language exchange was “let’s go to Izakaya!”

Hell yeah! Works for me.

Personally, I think a bar is a great place to learn a language. After all, that’s how I learned Spanish – asking Chilean friends what to say to the Mexican girl standing over there…

I once went on a job interview in Singapore where the guy basically offered me the job, but said he’d pay for me to take business Mandarin classes, so I could learn more than just the “chatting up Chinese girls in bar” Mandarin I knew at the time.

Anyway. I think I think I’m getting off track. Back to Tokyo.

Living in the city really was amazing. Electrifying.

You look up and there’s Sony. Over there is Nintendo.

Sega is from here too.

That pretty much covers every video game system I ever owned.

Then, you realize that those silly key chains those nerdy kids had on the school bus in middle school called “Tomodachis” were from Japan. After all, “tomodachi” means friend in Japanese.

You realize Pokemon is Japanese.

Of course you already knew Dragonball Z was Japanese.

Then, you look down the block and you see Nissan. The first car you ever bought was a Nissan.

Before you actually bought a car, you drove a Toyota. Oh yeah? They’re here too.

Most of the girls you dated in high school and college drove Toyotas. I don’t know why, they just did. Broke Americans love Toyotas.

And then you realize.. you grew up Japanese and you didn’t even know it.

This one city (Tokyo) on the other side of the world had more influence on your childhood then you ever imagined.

And, you thought Globalization was a new thing.

And, I’m not even one of those Japanophile dudes. I never really got into Anime or Manga – except for Dragonball Z. I mean, I would record Dragonball Z episodes on the VHS back in high school. But, then I would get home from track practice, take an ice bath, and fall asleep… and forget to watch the Dragonball Z tape. 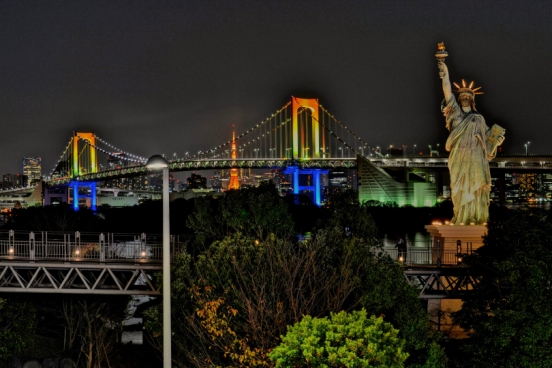