What I find particularly irksome about America today, is the extremes have the loudest voices. Whether it’s democrats vs. republicans, liberals vs. conservatives, blacks vs. whites, Christians vs. Everybody, Everybody vs. Muslims, Feminists vs. Men’s Rights, the NRA vs. common sense, etc.

I don’t care who you are, if you’re so extreme, you can only understand one side of an argument, you’re part of the problem.

When did this is ability to only understand our personal perspective kick-in and take over the majority of the country?

Why do people get so up in arms when they see a friend post a status on Facebook that they disagree with?

I spent the majority of the election year from outside of the US. And, on the outside looking in, most of it just looked silly.

From Sandra Fluke to Big Bird…. and don’t even mention the whole Chick-Fil-A fiasco. 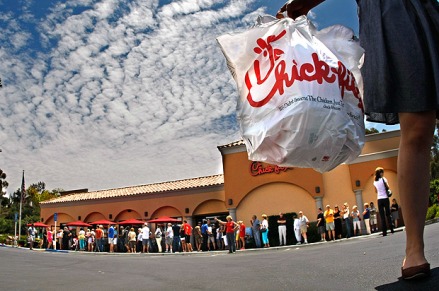 It seems like a mention of any little buzzwords sets off half of the country to storm Twitter and the rest of the interwebz with their pitchforks.

Yo…. calm, the hell down America. You still have a lot going for you, even if you’re no longer the best country in the world. That doesn’t mean it’s the end of the world.

Just for the record, in case you haven’t noticed, everybody has their own opinions, their own viewpoints. This is because everybody – each individual person – has their own life, and their own set of experiences. Your experiences shape your reality and your opinions. The reason somebody’s opinions differ from yours is because, guess what? Their life is different from yours!

The experiences that have shaped their life and viewpoints up until this current moment… differ… from… yours. They are not stupid, they are just like you, only different. If you were them, if you lived their life, you’d have the same viewpoint.

Just think about it for a second. Is it not more beneficial to work with other people and understand their viewpoints rather than instantly dismiss them because they differ from yours?

Stop being so closed minded, America. Americans. You sound like a whiny baby some of the time.

One thought on “The MisEducation of America: Everybody Is Wrong, Except Me”